Since 2006 Need For Feed have been supporting communities and farmers across Victoria. ​
In December 2006, Founder Graham Cockerell, donated & delivered one truck load of hay which was distributed by Cowwar Toongabbie Lions Club to farmers burnt out in their area.The problem was that it was only 5 small bales of hay for each farmer. Graham returned to his home determined to round up others to help make a difference. Neighbor Barry Medwin, who lost his own wife & daughter in the 1983 Ash Wednesday Fires, donated the next semi load of hay & Grahams Hot Rodding mate Doug Hamilton suggested a Bush Fire Benefit which raised $23.000. A local paper then published a story on the events entitled NEED FOR FEED & so we were born!
Every year since we have raised funds for Fire, Drought and Flood Relief.

Over that time, Need For Feed has been the major supplier of emergency fodder & transport, outstripping the State Government and Other Agencies combined.
We are supplying the stock & animal feed needs of affected larger properties by semi loads & supplying smaller properties by ute convoys.
We continue to raise funds to support all farmers in fire, drought and flood affected areas each year as required as they struggle to rebuild properties and livelihoods in times of crisis and natural events.
We cannot do this without your support and assistance.
Please give generously so that affected properties can rebuild and be supported! 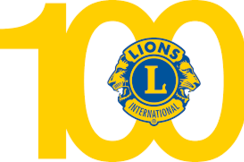 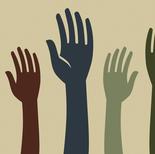 THE NEED FOR FEED STORY

​For nearly 100 years, Lions have changed lives in their communities and around the world.   In celebration of our Centennial in 2017, Lions everywhere are being challenged to serve 100 million people.  You’re invited to join the celebration by helping us reach our goal.

WHERE THERE'S A NEED THERE'S A LION . . . . . . what a great catch phrase!   We encourage all Lions to take up this 100 year Centenary challenge.   We'll be concentrating on the four main project areas of:

So don’t miss your chance to be a part of this historic event!