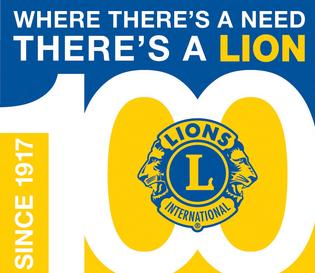 THE NEED FOR FEED STORY

Need for Feed was established back in 2006/7 in response to what was at that time the driest period on record and what became known as the Millennium Drought. The subsequent bushfires that raged as a consequence of the drought affected many farmers and rural communities.

At that time, reportedly 3 farmers per week around Australia were taking their own lives and many others walking off the land, unable to cope with circumstances beyond their control. This is what caught the attention of a Lions Club member. Like many of our great Lions projects, the idea behind it came from one Club member with a special interest in making a difference.

That Lions Club member was Graham Cockerell, who had lost his own father years before to farm related suicide, and didn’t want see other farmers and their families go through the same heartbreak.

The point is, says Graham, “My father wasn’t a bad farmer, in fact quite the opposite; He found himself in circumstances beyond his control where he could see no other way out”.

Graham had given away one small truckload of his own hay to a group of farmers burnt out in East Gippsland. When he saw the scale of the destruction and spoke to those affected, he returned home determined to do something about it. He talked to his Lions Club, got them on board and rounded up a group of mates to get involved with the fundraising and finding more hay. We came to the forefront during the Black Saturday bushfires in 2009 and have continued on each year through fires, floods and droughts to provide fodder and raising funds to keep the trucks rolling.

​Our response to the latest drought has seen well over 1300 truckloads of fodder worth around 12 million dollars delivered to farmers totally free of charge into all of the eastern states including Tasmania and South Australia, along with more than 700 truckloads with a value of at least $6.5 million for those affected by last summer’s horrific fires. We're up to around 90 truckloads for the current floods with more deliveries planned.

These deliveries are usually accompanied by household hampers, personal care packs, Lions teddies and toys for the kids, and food for our best mates. Every farm has at least one dog!

Now in our 15th. Year, we at Need for Feed take great pride not only in being managed 100% by Lions volunteers but also last year being adopted as a national Project of Lions Australia. The core group of Lions members on our committee are involved on pretty much a daily basis. We also have around 200 regular volunteers many of whom have gone on to become Lions members. Most of those have been bought into our own specialist Lions Club, the Lions Club of Victoria Need for Feed. This latest step will enable us to become a registered charity in our own right, at the same time remaining a Lions Club project continuing to be managed 100% by volunteers, something we hold dear, and something that makes us unique.!​